In search of Muse

Meanwhile, as Riya was immersed deep in her thoughts, the sky was darkening outside. The distant rumble of thunder and a strong cool breeze was received with cheer by the urchins on the street. The hawkers were assembling all their goods inside large polythene bags. The pedestrians walked faster. They didn't wish to be stranded in the midst of a thunderous shower. The branches were swaying menacingly from side to side as if uttering a mystical chant, beckoning the drops from Heaven. The red of the sky was now replaced by a dull grey and growing black. The howl of the winds drew every soul back to the shelter of their houses. Demands for deep fried snacks were increasing steadily in every household. After all, what is rain without a warm cup of beverage and a plate of steaming hot 'pakoras'? While people outside were busy readying themselves to witness God's miracle, Riya was oblivious to the excitement outside. Her heart was tormented. She had to submit an article on 'A Rainy Day' by the very next day. Her English teacher would be furious if the work was not completed. Riya was sitting in a closed room, with the doors and windows shut tight. She could barely see the outline of the city now getting blurred by the strong gushes of rain. All she could feel was the tension building up as time was ticking away and she hadn't written anything on the topic. She still needed to think harder...

As the thirteen-year old chewed on her pencil's tip for the umpteenth time, she grew nervous. Her mother wouldn't like to be told by the teacher that she had failed to do the homework. (Mrs. Mathews was a grumpy old woman who took the submission of tasks seriously and non-submission of tasks even more seriously.) She really couldn't ask anybody for help as the phone lines were dead, thanks to the storm outside. With no network coverage and Mommy out of home, she had to battle the demoniac article all by herself. Mommy..Mommy always arrived home late. She was forever busy at office. And Daddy..was always out of town, out of the radar of family-life yet smiling happily through all photo albums. But Riya couldn't afford to spare a thought about her miserable life. She had to complete this assignment as soon as she could and then move on to prepare for the horrifying Maths test for next week. After all, she was a good student. She couldn't let her image get tarnished on account of a failure in a silly article. Yes, silly. When Mrs. Matthews had given the topic, it had sounded very simple, a child's play. But Mrs. Matthews wanted a personal impression on the topic and not a generalised essay. That was very challenging indeed...for not many could understand their emotions, let alone penning them down at this age. She struggled hard to invoke her Muse who could guide her with the correct words that would make the teacher happy. But the Muse was failing her. Her mind was drawing a blank. All she could feel was the heaviness of her eyes, and an ache down her shoulder. School bags these days were so heavy.

Riya didn't give up hope. She closed her eyes and tried to concentrate more and more on her topic. But all she could hear was the muffled roar of winds outside, with raindrops lashing against her closed windows. It was 6.30 pm by her watch. Her mother wouldn't be home soon. She slowly raised herself from her chair and walked towards the window. She was going to do the unthinkable. She was going to let the rain in. She had never ever done that. She had never danced in the rain like her friends in school. She had always been the perfectly disciplined girl leading the perfect childhood( though, at times, she asked herself if her life was perfect at all!) With two working parents earning bucket loads of money, being a part of a good school, in possession of a neat academic record of straight As in every subject, she was living a dream of many young girls of her age. But what about Riya's dreams? She was still a child, she too wanted to jump into the dirty puddle of rain water without a care in the world. She too wanted to get dripping wet in the rain, shout with glee and cuddle up to her parents at night being read a cozy bed time story... Well, this wasn't the time for her disappointments to surface. This was the time of joy. She took anxious steps towards the window and flung it open with a racing heart.

The strong gust of wind and rain drenched her in a matter of seconds. Her loose sheets of paper were flying all over the room. The pencil case lay on the floor with pens of different colors peeking outside. The calendar on the wall was about to cut lose. No divine picture could confront the power of  Mother Nature. But was Riya scared?  Her heart was beating wildly. She had kept her eyes shut. She didn't wish the dust particles accompanying the slanting rain to blind her. But strangely, she felt no fear. She felt at ease for the very first time of her life. Her hair was flying all over freckled face. Her skirt was swishing to the rhythm of the pitter-patter. She could feel the cold of the rain on her body and the warmth which followed, as her soul absorbed it with joy. She felt happy...happy and pleased...happy and...

Her thoughts were obstructed by a blinding flash of lightning accompanied by the clap of thunder. She let out a loud yell and hurriedly shut the window. She was breathing heavily now. She didn't know why she had given into the madness of impropriety. This was so unbecoming of her. Her mother would be back home in no time. How would she react about the mess? What possible explanation could she give Mommy to pacify her anger? ....

And this was the end. End of innocence....for she had been touched by the Muse now... 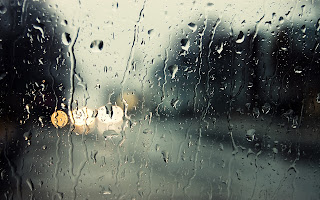 This post is a part of Write Over the Weekend, an initiative for Indian Bloggers by BlogAdda
Posted by Neelima at 9:48:00 PM 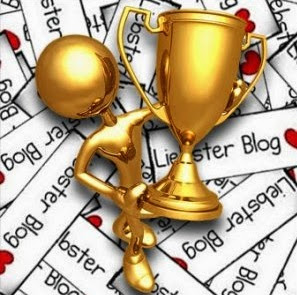